“It’s all personal, you know. Everyone’s got different situations that they’re dealing with,”  Tampa Bay Buccaneers star, Tom Brady stated after he stepping onto the field Saturday for the first time during preseason.

“We all have really unique challenges to our life. I’m 45 years old, man. There’s a lot of s–t going on, so just gotta figure out life the best you can. It’s a continuous process.”

Now there is shocking speculation that there is trouble in paradise for the 6x Super Bowl Champ and his supermodel wife, Gisele Bünchdchen.

According to PageSix, the Victoria’s Secret supermodel has left their family compound in Tampa, Fla., for Costa Rica following a series of heated arguments over Brady’s shock decision to un-retire from the NFL, while he has remained behind for team training.

“Tom and Gisele are in a fight right now,” a source told Page Six, adding that this has happened before with the couple, but they have always reunited in the past.

A second source said, “There’s been trouble in the marriage over his decision to un-retire. Gisele has always been the one with the kids.

“They had agreed he would retire to focus on the family, then he changed his mind.”

As Brady did a quick about-face on his retirement, after promising to spend more time with Bündchen and the kids, she has also been working again and is currently starring in a new Burberry campaign.

It’s almost like Gisele was like, ‘Well, if you’re going to keep playing, so will I,’” said the second source. “She’s resentful that Tom is still the football superstar.”

Brady has been looking downcast at training camp, according to sources.

In 2020, Brady admitted: “A couple of years ago, [Bündchen] didn’t feel like I was doing my part for the family.

“She felt like I would play football all season and she would take care of the house,” he added. “She wasn’t satisfied with our marriage. So I needed to make a change in that. Her point was, ‘Well, yeah, of course this works for you. It all works for you. But it doesn’t work for me.’”

And more recently, Brady had admitted he needs to be “better” about balancing his NFL career and spending time with his family. 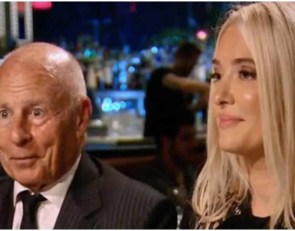 Amid Divorce and Legal Issues, Tom Girardi Has Been Diagnosed with Late-Onset Alzheimers