Once-beloved and now disgraced actor Kevin Spacey has been charged with four counts of sexual assault in a British court, according to Britain’s Crown Prosecution Service.

The assaults were perpetrated against three men, and this marks the first time the actor has faced charges related to accusations against him for assaulting others; there have been many more allegations.

She added, “He has also been charged with causing a person to engage in penetrative sexual activity without consent. The charges follow a review of the evidence gathered by the Metropolitan Police in its investigation.'”

It all started with an actor named Anthony Rapp who decided enough was enough and it was time to speak out.

Not long ago, Spacey made headlines for a court case forcing him to pay $31M to the House of Cards team after his misconduct forced them to rewrite him out of the show and end it early.

News outlet, CELEB, reported in the wake of the lawsuit; “But what could have been so terrible that they’d fire not just a producer but an actor with a portfolio like Spacey? The truth, and it all started with Anthony Rapp. Rapp is an actor as well, having appeared in Rent on Broadway and currently starring in Star Trek: Discovery. As the #MeToo movement began gaining steam in 2017, Rapp bravely came forward with the horrifying story that when he was 14 in the 1980’s, Spacey made sexual advances towards him at a party. Spacey claimed at the time that he didn’t remember, but apologized.

However, Rapp was just the tip of the iceberg. Several other people have since filed lawsuits against Spacey for sexual misconduct. An independent investigation found that he had engaged in widespread sexual harassment in the workplace, especially to those who work in positions beneath his. It was the end of decades of secrets; Spacey’s dark past was coming to light.

Several of the cases against him have faltered. In one case, the person accusing Spacey refused to testify. In another case, the plaintiff died. So while Spacey has been accused of serious things by many people, he’s been avoiding accountability for the most part aside from Rapp’s lawsuit. It’s a difficult situation because the people accusing Spacey are by and large men – and testifying in public about a subject still often seen as taboo – intimacy between men – makes them hesitant to publicly share their stories. However, Spacey’s decades-long abuses had to come to light eventually, and now the actor is finally being forced to pay the piper for his behavior.”

Few details are known about the British court case, but it’s remarkable to finally see charges brought against the actor who has escaped criminal punishment for his behavior.

Although he was forced to pony up millions to his former coworkers for violating his contract’s demand for professional behaviors, bringing him to justice for assaulting people has been thus far elusive.

This story is developing, check back later for more information. 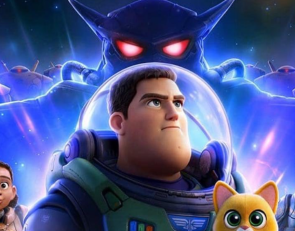 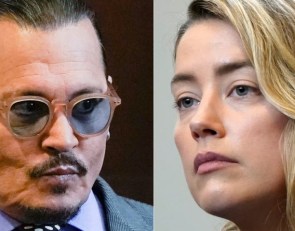