Formula 1 drivers and A-list celebrities are flocking to Miami this weekend for the city’s first ever Miami Grand Prix weekend.

On Wednesday, an opening ceremony took place on the enormous podium, featuring drivers and team principals, as American fans were treated to a Super Bowl-style extravaganza.

Miami is known for its glitz & glamour but mix that with the deep pockets that F1 brings it should come as no surprise that the organizers have gone over the top with an artificial marina, complete with fake water, around a section of the 5.412km circuit, that has fans talking.

Although situated in the Miami Gardens campus of two-time Super Bowl winners the Miami Dolphins, the temporary track acts more like a moat that goes around the stadium, using the franchise’s car park to maximum effect.

The circuit also tips its hat to the Mexico City Grand Prix, with an homage to the semi-circular Foro Sol grandstand section that sits inside the Autodromo Hermanos Rodriguez.

Organizers originally wanted to have cars zooming around downtown Miami, but that was met by opposition from local residents, some decided they would give F1 bosses their Monaco-inspired camera shots of luxurious yachts in any way possible.

Since pictures of the marina were released, social media has been having a good time with memes poking fun of the moored boats and the walk-on-water wooden platform.

Lucky enough to be attending this weekend,  don’t miss out on catching the action from the sky.

The first of its kind, a gondola lift will be running during the 57-lap race which will allow supporters to not only take in an aerial view of proceedings, but also give a unique perspective thanks to the glass bottoms of the cable cars. 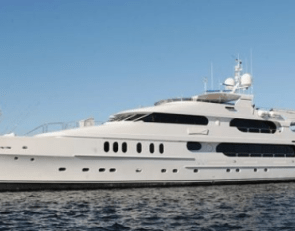 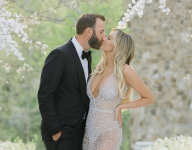