The father of a slain UCLA student who was stabbed to death inside her work last week is blaming the surge in crime in Los Angeles on ‘woke politics.’

24-year-old Brianna Kupfer was attacked at random while working at Croft House, a high end furniture store in the La Brea/Fairfax area of Los Angeles.

The architectural design student from Pacific Palisades was discovered 20 minutes later by a customer. She died at the scene before help could arrive.

The LAPD determined that it was a random attack and the suspect did not know the victim. Police say he was wearing a dark hoodie, sunglasses, a white N-95 mask, and carrying a dark backpack.

“Crime is truly spiking, and we have a lot of criminals on the streets that shouldn’t be out,” Kupfer’s father told Fox News.

His daughter had been working as a design consultant at the high-end furniture store popular with celebrities like Mandy Moore, whose Pasadena home features a Croft House sofa, according to Architectural Digest.

“She was a kind soul and always was trying to make herself better and everything around her better,” Kupfer, said as he fought back tears. “She cared about people.”

The murder comes amid a huge crime surge in Los Angeles, with homicides in Los Angeles rising 52 per cent last year from 2019, and shooting incidents were up 59 per cent, according to LAPD data.

Kupfer says he believes politicians are ignoring this spike in violent crime.

“We need to champion [my daughter] as a beacon of what’s wrong and make sure that people recognize that – because it could be their children next, and it’s just an impossible price to pay,” he said.

Los Angeles County District Attorney George Gascón is under fire for failing to crack down on the recent spike in violence.

He won over voters last year with promises of sweeping criminal justice reforms that critics say put the interests of criminals before the safety of the community, Fox News reported.

The city has also suffered a shocking wave of follow-home robberies and organized smash-and-grab attacks on retailers.

Riley Rea, co-owner of Croft House, told the LA Times that Brianna was beloved by her coworkers at the store where she had worked for a year.

She added: “She was mature beyond her years.”

A heartfelt note was posted to the store’s window this week that reads:

“The entire Croft House family is deeply saddened by the devastating loss of our beloved team member on January 13, 2022. Our La Brea Avenue showroom will be closed until further notice to allow our team members to grieve and process this unthinkable tragedy and in order for law enforcement to complete their investigation.

Please keep the family, friends, and colleagues in close thought during this difficult time as we mourn, cherish, miss, and honor someone we care for so much. The entire Croft House family sends our love to our team member’s family and friends. Please direct all questions related to this tragic event to the LAPD.”

At the bottom of the page is a handwritten note that reads: “We love you so much.”

Brianna is survived by her mother and father, two brothers and a sister. 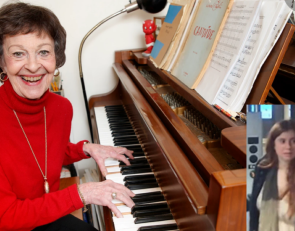 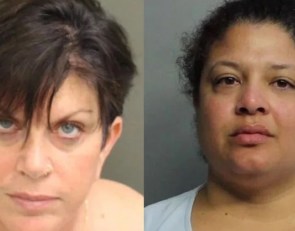