The mystery surrounding the disappearance of an LA mother who was last seen at her son’s football game more than two weeks ago continues to grow.

Heidi Planck, 39, vanished after leaving her 10-year-old son’s football game “looking a little bit antsy” on October 17. Her son was due to be with her ex-husband following the game but the alarm was raised three days later when she failed to pick him up from school on October 20. Planck’s dog was also found alone on the 28th floor of an apartment building 12 miles from home on the same day she was last seen.

Police have released home surveillance footage of Heidi leaving her home with her dog, Seven, in the Reynier Village district of Los Angeles on October 17.  A couple who lived in the apartment where her dog was found, told police they looked after the dog for a week as they were unable to get in touch with the owner.

But the owners of that apartment complex are reportedly refusing to cooperate with investigators and have denied requests to search the building’s parking structure and security footage without warrant, CBS 2 reported.

Investigators are probing whether Planck’s disappearance could be connected to her job, as her employer is under a federal securities investigation for possible fraud charges, CBS 2 reported.

Planck’s LinkedIn says she works as a controller at Camden Capital – a role which sees her overseeing all employees involved in the accounting process, including accounts receivable, accounts payable, payroll, inventory and compliance.

Jason Sugarman, a managing partner at Camden Capital, was charged in June 2019 by the Securities and Exchange Commission for his role in a scheme to steal $43 million of client funds they purported to invest in Native American tribal bonds.

Sugarman is a minority owner of Los Angeles Football Club and son-in-law of Hollywood mogul Peter Guber, CEO of Mandalay Entertainment and owner of the Golden State Warriors NBA team.

In 2020, Sugarman’s business partner, Jason Galanis, was sentenced to 189 months in prison for his participation in multiple fraudulent schemes including the tribal bond scheme.

Camden Capital is an investment advisory firm that handles wealth management and legacy planning for prominent high net worth individuals.

Meanwhile, Planck’s family and friends are deeply concerned that foul play was involved in her disappearance and say they are hopeful she can return home to them, and her son.

“She doesn’t let a day go by without either a text message or a phone call, even if she was really busy,” her ex-husband told DateLine.

When she failed to pick up the boy from his school in Westwood, near Beverly Hills, on October 20, he knew something was deeply wrong.

Adding, “She’s a devoted mother who would never, ever leave her son,” Wayne told DateLine. “She wouldn’t let a day go by without talking to her son, there’s no way.”

“We have a 10-year-old boy at home that’s looking for his mom and we just need to find her.”

That’s when he filed a missing persons report with the LAPD who found her home empty.

Planck is described as having blond hair and blue eyes, standing five feet, three inches tall and weighing about 120 pounds.

When she was last seen, she was wearing jeans and a gray sweater and was driving a gray 2017 Range Rover with California license plate U840X0.

Anyone with information is asked to call the Los Angeles Police Department’s Missing Persons Unit at 213-996-1800. 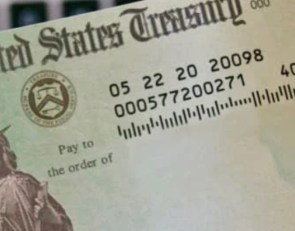