Seems like just weeks that we told you that 90 Day Fiancé star, Darcey Silva was engaged. After numerous failed public relationships, the Darcey & Stacey star has found her forever in Georgi Rusev. She announced her engagement exclusively to PEOPLE and has since been flashing her gorgeous wedding ring.

The road has been windy for Darcey. When she first introduced to 90 Day franchise, she was dating Dutch fitness instructor Jesse Meester. But as everyone knows, after two seasons with him, she moved on to English businessman Tom Brooks.

By the time her new show, Darcey & Stacey, premiered, Silva already had found love with Rusev. Saying this about him as she spoke to producers.

“Honestly, I am really, really happy in my life right now,” she recently told Entertainment Tonight. “I felt like I’ve moved on from the past, taking time to heal myself inside and out, and I was ready for love again. I have an open heart and he’s an amazing guy. He’s someone who has a different demeanor than the last two, thank God. For me, I feel like I get to honor myself and say what I want in a relationship. He’s very patient with me, calm and so understanding and we have a lot of fun. I mean, let alone, he’s a hot, sexy Bulgarian guy, who wouldn’t want that?”

So what’s up with her ring? NEXT page… 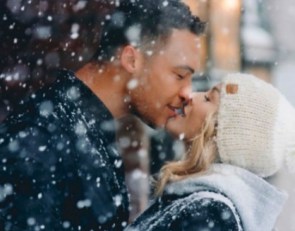