Yazan Abo Horira has had a hard time with his family when it comes to his run on 90 Day Fiancé: The Other Way. His father and mother are not happy about his relationship with Brittany Banks. In fact, they think Banks’ lifestyle, including her racy Instagram photos, are reprehensible. They even went out of their way to ask Banks to change for their son.

“We don’t accept my son to even be in an amorous relationship or even a romantic one with…I mean, with all due respect, so you’re still on social media and you still are as you are. Cancel all of this. Cancel all the life you’ve been living, and you would marry Yazan,” said his father.

Yazan decided he wanted to continue to pursue Banks, but it seems he wanted her to change her behavior as well. Banks wasn’t having it.

Yazan told Banks that the situation was becoming dangerous for him. Later, viewers saw Yazan’s father tell cameras that he’d kill his son. NEXT page… 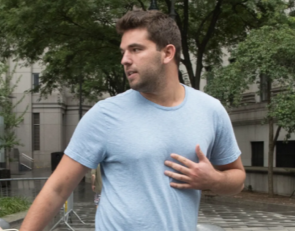