90 Day Fiancé: Paul Staehle Reveals He and Karine Have Been Fired by TLC

90 Day Fiancé: Paul Staehle Reveals He and Karine Have Been Fired by TLC

After lots of going back and forth, 90 Day Fiancé stars Paul Staehle and Karine Martins have reportedly been fired by TLC after accusing each other of domestic violence. As our readers know there has been tons of on-again, off-again rumors when it comes to their relationship.  But now Paul is revealing that it may be over for good, and they he may never meet his “unborn child.”

Back in September Paul took to his Instagram stories to let fans know that Martins, who is originally from Brazil, is expecting a baby boy that he may “never” see. The couple, who wed in 2017, already shares 16-month-old son Pierre. The new baby announcement came after Martins got a protective order against Staehle after he claimed she and Pierre were missing last month.

“For everyone thinking I am chasing Karine in Brazil. Karine is in Indiana USA,” Staehle said at the time, “I came here alone to clean and organize our Brazil home. It needs to be sanitary and baby safe.”

That wasn’t all, NEXT page… 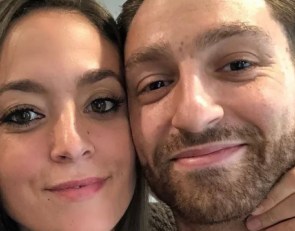