Denver Broncos safety Kareem Jackson is a 32-year-old defensive back who spent time as a nickelback earlier in his career, so he knows what it takes to play the position. This year, 22-year-old undrafted rookie Essang Bassey has spent time in the slot, and he’s drawn the approval of Jackson.

“I think Essang has been — when he’s been called upon — he’s been playing great,” Jackson said Wednesday. “For me, him being a young guy, when I see him out there, I know what to expect out of him just because he’s done it on a day to day basis. 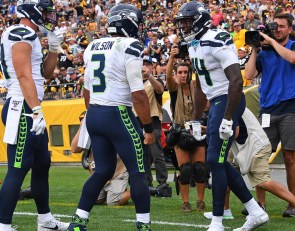