The 49ers haven’t quite turned their focus to the 2021 draft yet with a foot still firmly in the door of the playoff picture. However, injuries have altered the team’s trajectory some, and a salary cap reduction due to the ramifications of playing a season during the COVID-19 pandemic could change how San Francisco approaches the offseason and extends their playoff window.

That makes next year’s draft an important one for the 49ers. Their needs will certainly change as the season and offseason progress, but we took a quick look at what next year’s roster looks like to organize where San Francisco’s priorities might be in the 2021 draft.

One important note involves left tackle Trent Williams. Given his play through nine weeks it’s safe to assume the 49ers will extend him and make him the anchor of their offensive line for the foreseeable future. That’s why left tackle is not on the list. If for some reason the team steers away from Williams in free agency, that position will shoot to the top of the list. 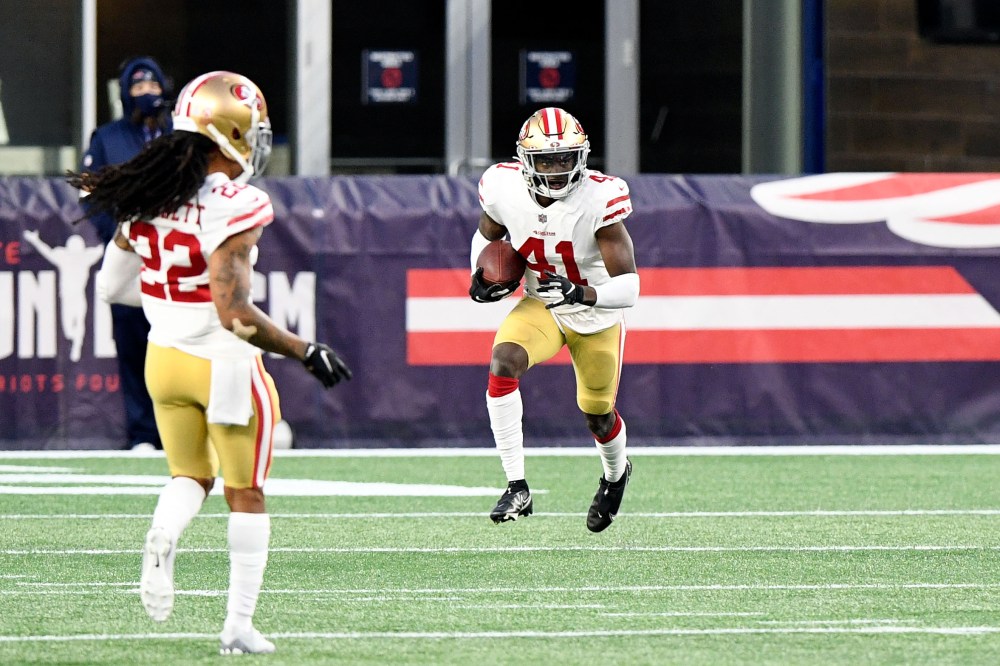 That’s right. The 49ers have zero cornerbacks from their 53-man roster under contract for next season. They’ll likely wind up re-signing Emmanuel Moseley, who’s a restricted free agent, but after that they’ll have some decisions to make. K’Waun Williams could get expensive given how good he is in the slot, and they’ll have to assess Richard Sherman’s reliability as he sneaks closer to his mid-30s. Corner will wind up being relatively high on the 49ers’ list of draft needs regardless of how the season goes. Don’t be surprised if they take one early, and another later in the draft.