When will Washington fans be allowed back in FedEx Field to watch games?

When will Washington fans be allowed back in FedEx Field to watch games?

There are 13 NFL teams who are allowing some portion of fans to attend games, with the Dallas Cowboys being the most lenient of all, capping their attendance at 25,000 people. The COVID rate in Texas right now sits at 93-per-10,000 people, which ranks high on the risk-rate, according to Pickwise, whose numbers say that 22 people in attendance at a Cowboys game are likely to have the coronavirus, on average. The other team marked as high-risk is the Kansas City Chiefs, who have 193 cases per 10,000, with a stadium attendance capacity at just over 16,000, which leads to 24 people on average having COVID in the stadium, according to Pickwise.

So what do the numbers look like for Washington? While the team is not allowing outside fans into FedEx Field to watch games, the COVID-rate sits at just 67-per-10,000 in Maryland, which is on the lower end of the spectrum. Decision-makers in the area have said that they will continue to monitor the data and make the safe call going forward, but it’s fair to expect that it could be a little bit before the stadium is opened up to outside attendees. 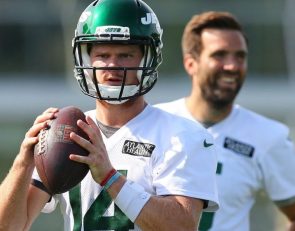 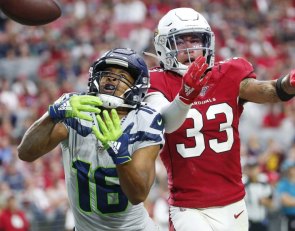 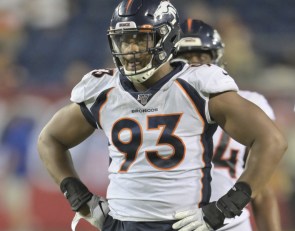 Washington vs. Cowboys: Experts fairly split when picking a winner

RHOC: Braunwyn Reveals She is Seeing 'Someone Special' Who is Not Husband, Sean

Best Present WR In The League (VOTE TO ELIMINATE)

Celebrities and passion for their dogs