Two kids is a lot of work and Bachelor Nation alum, Bekah Martinez is learning just that.  The former reality star announced in November 2019 that she was pregnant with baby No. 2. At the time she and boyfriend Grayston Leonard already shared, Ruth who was just 7-months-old.

But Bekah didn’t think her daughter knew what was going on, “For her, it’s been pretty gradual,” Martinez explained in May. “[My stomach] had been slowly growing over half her life, basically, like I got pregnant when she was seven months old. … But we tell her like, ‘Baby, there’s a baby inside,’ and we’ll point to pictures of babies.”

On June 19, the couple welcomed their second baby, a boy named Franklin. So how is Ruth adjusting to being a big sister?  See what Bekah had to say on the NEXT page… 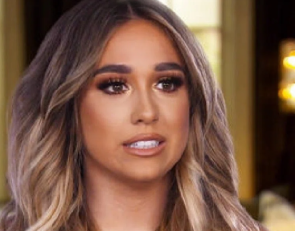