During the Sunday, May 3 episode of 90 Day Fiancé: Before the 90 Days, Tom Brooks sat alone in a bar, speaking to his new Canadian girlfriend Shannon after breaking it off with Darcey Silva for good. As you may recall Tom and Darcy had quite the break-up.  It all started with a trip to New York City for each of them where they met up in an attempt to figure out what they were.

While things did not go well and Tom became cheeky, insulting Darcy, he later felt remorse, traveling to her home in Connecticut to give her the now infamous ‘letter.’

Although Darcey refused Tom’s letter (rightfully so) the Brit finally came to terms that it was definitely over between them and that it was time to move on with his new love.

So who his Shannon and are she and Tom still together?  NEXT page…

90 Day Fiancé: Big Ed Talks Dating and Where He and Rose Stand Today 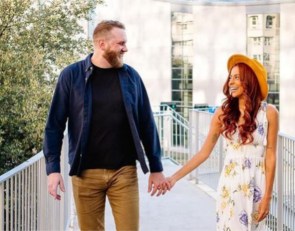