All is forgiven?  The most dramatic Teen Mom 2 cast member ever, Jenelle Evans, has dropped a major hint that she and her estranged husband David Eason are officially back together!

She announced that she was leaving David at the end of last year and moved to Nashville, Tennessee, taking their daughter Ensley with her. She left him at “The Land,” when she fled the state. Jenelle got a restraining order against David in Nashville and seemed to be ending her two-year marriage. She even found a new boyfriend, moving on with a guy named Herb Wilkinson but they quickly ended their new romance. Afraid to stay single for too long, Jenelle has fans convinced that she and David are back together.

So, what did Jenelle do to make people believe she is back together with David?  NEXT page…. 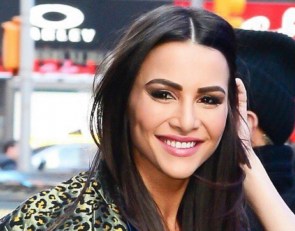 The Bachelorette: Andi Dorfman Says She Would Have Picked Someone Else if She Had a Redo