Backup QB analysis and options for starter Carson Wentz in 2020

Backup QB analysis and options for starter Carson Wentz in 2020

The 2020 NFL offseason has officially started for the Philadelphia Eagles. Howie Roseman and Doug Pederson have a lot of decisions to make as they try to get this team back to Super Bowl contention. Specifically at backup quarterback considering Carson Wentz has missed multiple playoff games from sustained injuries.

Wentz struggled with accuracy issues and ball placement at times during the season. Fumbles were also a big issue considering he had 16 this season, bringing him up to 48 career fumbles in 56 starts.

He shed the injury-prone label (to some extent, at least) by playing all 16 games for the second time in his career. He became the first player in NFL history to ever to throw 20 or more touchdowns and seven or fewer interceptions in three straight seasons. He became first Eagles passer in franchise history to go over 4,000 yards … and the first quarterback in the league to go over 4,000 without having a single wide receiver with at least 500.  His numbers from the Eagles’ final four games, which were must-win scenarios: 117/173 (67.6% completion), 1,199 yards (6.9 average), 7 TD, 0 INT, 100.8 passer rating.

Wentz led one of the hottest teams in the league to the playoffs , however he was knocked out by Javedeon Clowney on a helmet-to-helmet hit early in the wild card game.

Wentz ultimately left no doubt that he’s a legitimate franchise quarterback. The team’s future should be bright with him under center. 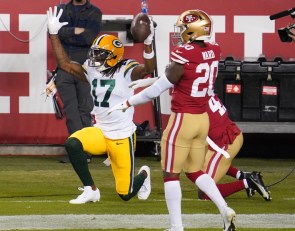 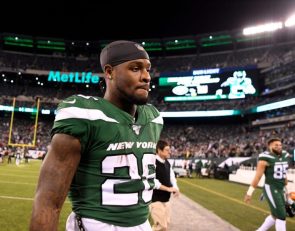