J.J. Abrams version of Star Wars: Episode IX is completely different from the one envisioned by Colin Trevorrow. Abrams recently revealed he and co-writer Chris Terrio started from scratch when they took over the sequel and began writing what became The Rise of Skywalker. Now we may have a better idea of Trevorrow’s original plans for the final Skywalker Saga movie.

Via Esquire, a new discussion thread on Reddit’s /StarWarsLeaks board recaps a YouTube video posted by Robert Meyer Burnett. In the video, Burnett claims to have come into possession of a screenplay draft (dated December 16, 2016) by Trevorrow and co-writer Derek Connolly.

According to the video, Trevorrow and Connolly’s working title for Episode IX was “Star Wars: Duel of the Fates.” The plot differs quite a bit from The Rise of Skywalker, opening in a time when the First Order has all but completely dominated the galaxy. Communication between planets has been cut off, leading the Resistance to hijack a Star Destroyer and launch a surprise attack on Coruscant (now ruled by Chancellor Hux) in order to activate a hidden Jedi beacon that can pierce the First Order’s communication blockade and rally the Resistance’s allies.

The biggest difference is that Emperor Palpatine isn’t the main villain of the story. In this version, Palpatine stayed dead after the events of Return of the Jedi. Supreme Leader Kylo Ren is shown searching Darth Vader’s castle on Mustafar and being haunted by the ghost of Luke Skywalker. Ren eventually discovers a holocron left behind by Palpatine, one containing a message to be played in the event of Palpatine’s death. The recorded message directs Darth Vader to seek out Palpatine’s master, Tor Valum (it’s unclear whether Valum is meant to be the same character as Darth Plagueis), and complete his training in the Dark Side. Palpatine clearly didn’t anticipate Vader would be the one to kill him, but Ren is happy to seek out Valum in his grandfather’s place.

Also, Luke seems to play a bigger role in this version, as his ghost simultaneously seeks to draw Ben Solo back to the light and help Rey complete her training. The script also sticks closer thematically to The Last Jedi, with both Rey and Ben voicing a desire to move past the outdated dichotomy between Jedi and Sith. Even Leia refers to Rey as “something new” and urges her to chart her own path.

In another twist, Duel of the Fates doesn’t reveal Rey to be Palpatine’s granddaughter, but maintains her status as “no one.” Instead, the big reveal is that Kylo Ren murdered Rey’s parents at the behest of Supreme Leader Snoke. The script culminates in a final battle between Rey and Kylo Ren on Mortis (a mystical planet in the ethereal realm of the Force, as seen on Star Wars: The Clone Wars). The ghosts of Luke, Obi-Wan Kenobi and Yoda appear in one final attempt to redeem Ben, but unlike in The Rise of Skywalker, he’s too far gone to be saved.

The leak contains a number of other interesting details, including a grotesque description of Tor Valum as a 7000 year-old Lovecraftian creature, Kylo Ren forging a new mask of Mandalorian metal and then battling a hallucination of Darth Vader (Dagobah cave-style), Chewbacca flying an X-Wing during the Battle of Coruscant, and Lando being called upon to rally the galaxy’s smugglers to aid the Resistance. 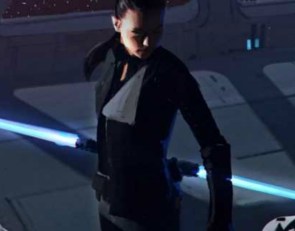 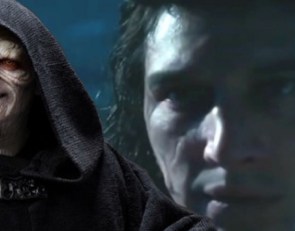 'Star Wars': How Ben Solo Can Be Resurrected After Rise of Skywalker 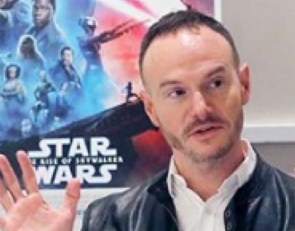