The TLC reality series 90 Day Fiancé is no stranger when it comes to cast members who leave an impression, whether good or bad on its watchers.  And on the latest season, grandma, Stephanie Woodcock takes the cake.

As fans know, Stephanie is grandma to Robert’s son, Bryson.  And up until the second episode, it was clear when she met Robert’s love interest Anny, there was going to be a problem.

While meeting Anny for the first time, Stephanie revealed that she works as an adult film star! With Anny and viewers feeling some sort of way about Stephanie and her profession, according to her Instagram. Stephanie seems too be completely normal. 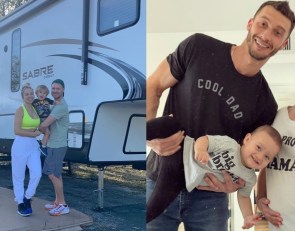 Meet the '90 Day Fiance' Stars Who Are Growing Their Families