Are Benjamin and Akinyi Still Together After 90 Days?

Are Benjamin and Akinyi Still Together After 90 Days?

90 Day Fiancé couple Akinyi Obala and Benjamin Taylor have had a rough time this season of Before the 90 Days. As fans know, the majority of drama revolves around Akinyi’s family and whether or not they will accept Benjamin for her. With Benjamin’s son back home in Phoenix, Akinyi recently opened up to the thought of being a stepmom.

Without any children of her own, Akinyi took to Instagram and shared her thoughts on what it would mean to her to assume a bigger role in his life.

Being completely honest, Akinyi said, she is “scared” to assume the role of stepmom. And although the idea scares her, she told her followers she is completely open to it, but that she wants to build a genuine relationship with Benajmain’s son first.

See what she had to say, NEXT page… 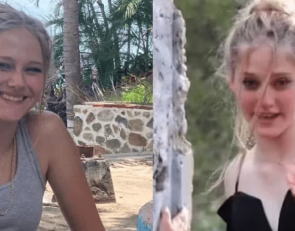