If you don’t want Kelly Dodd to cross the line, don’t draw one!

That’s what the brunette bombshell’s tagline for the new season of The Real Housewives of Orange County was revealed to be ahead of Tuesday night’s premiere, and it seems she’s living it to it’s fullest already.

Find out why Kelly started the argument next…

90 Day Fiancé: Varya Opens Up About Her Addiction

The Family Chantel: Who is Angenette Everett? 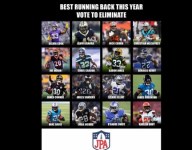 90 Day Fiancé: Varya Opens Up About Her Addiction

The Family Chantel: Who is Angenette Everett?

Cheating, Tears and Love See What is to Come During the Remaining Episodes of ‘The Bachelorette’