Detroit Tigers top prospect Casey Mize pitched a no-hitter for the Erie Seawolves in his AA debut on Monday.

Mize was the #1 overall pick in last year’s MLB draft. He threw 98 pitches and had seven strikeouts vs. the Altoona Curve (Pittsburgh Pirates affiliate).

“It was definitely one of those days where, I don’t know, it just felt like auto pilot,” Mize said. “I’ve said that before. So it was just a good day.”

It was Mize’s first no-hitter as a professional. Last year, he threw a no-hitter for Auburn against Northeastern.

“I threw one last year in college, and I wish I would have enjoyed it more,” Mize said. “So I think I kind of learned from that, and so I’m definitely going to let this one soak in.”

Mize is the Tigers’ top-ranked prospect and is the fourth-best pitcher in all of baseball and No. 15 player at any position according to ESPN’s Keith Law. 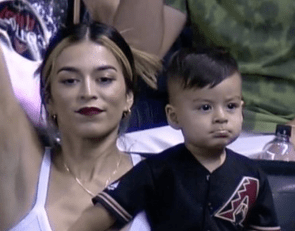